Few social issues have created more dissension and agitation in the Australian community as abortion on demand, and yet, to the Christian mind it is a simple, largely black and white matter. As a minister of the gospel of Jesus Christ, I believe that all human beings are image bearers of God and therefore I affirm the unique value of all human life. Genesis 1:26-27 tells us:

And God said, let Us make man in Our image, after Our likeness: and let them have dominion over the fish of the sea, and over the fowl of the air and over the cattle, and over all the earth and over every creeping thing that creepeth upon the earth. So God created man in His own image, in the image of God created he Him, male and female created He them

I hold a position of belligerent opposition to the practice of abortion on demand following on from a belief that human life begins at conception and indeed, a case may be made from a study of Jeremiah 1:4-5 that life indeed begins before fertilization and as such, human life must be respected and protected absolutely from the moment of conception. I stand opposed to procedures whose purpose and intention is to destroy an embryo or foetus for whatever motive (even before implantation), but I approve of procedures such as chemotherapy or hysterectomy of a pregnant woman who has ectopic pregnancy, cervical cancer or other cancers where her life is in clear and present danger, which will inevitably result indirectly in the death of the foetus. As an overarching statement I believe that the first right of a human being is their life and the preservation of that life which begins at fertilization.

The main concern of those who identify as being pro-choice is not the guarded protection of the life in the womb. Instead, the main concern is the inferred rights of the mother over and the rights of the child growing within her. The child, who cannot exercise its own will, is killed, and in order to make the killing more socially acceptable and palatable, the baby is called a “foetus,” or “non-viable,” or “not yet human,” etc. This eases the conscience. But, for those who say the baby isn’t ‘viable,’ have you ever seen a sonogram of an abortion? You can see the ‘non-viable fetus’ retracting from the instruments of death and seeking self-preservation. It wants to live.

Mindful of the sixth commandment—”You shall do no murder” (Exodus 20:13) — I condemn the wanton or arbitrary destruction of any human being at any stage of its development from the point of conception to the point of death. I do, however, affirm that an induced abortion is an allowable option only when the life of the mother-to-be is genuinely threatened by the continuation of the pregnancy.

The theological, ethical, moral and clinical case against the practice of abortion on demand is clear;

Before you dismiss the above thoughts as those of a raging fundamentalist with eyes for nothing but bible texts, look long and hard at the following image of a third trimester foetus. A living, functioning human being created in the image of God for His purpose that some Australian states have decreed is not a life, but a non-viable entity that is gives permission to murder. God sees our folly and He is not pleased. Is the handwriting on the wall for Australia? 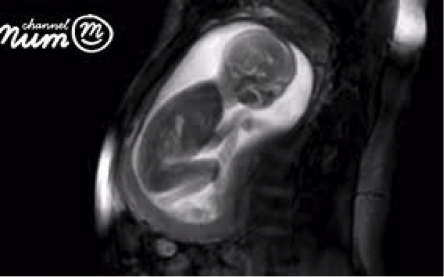 The genuine, blood-bought church of Jesus Christ calls believers to show Christian compassion and to offer support to those experiencing unwanted pregnancies as well as to those who have undergone abortions. Further, it calls believers to speak out against the atrocity of abortion, to promote and support social action and legislation that reflects the teaching of Scripture regarding the sanctity of human life, and to reject all violence against those who perpetrate abortion in favour of showing them the grace of God and His timeless plan for human forgiveness and divine relationship.