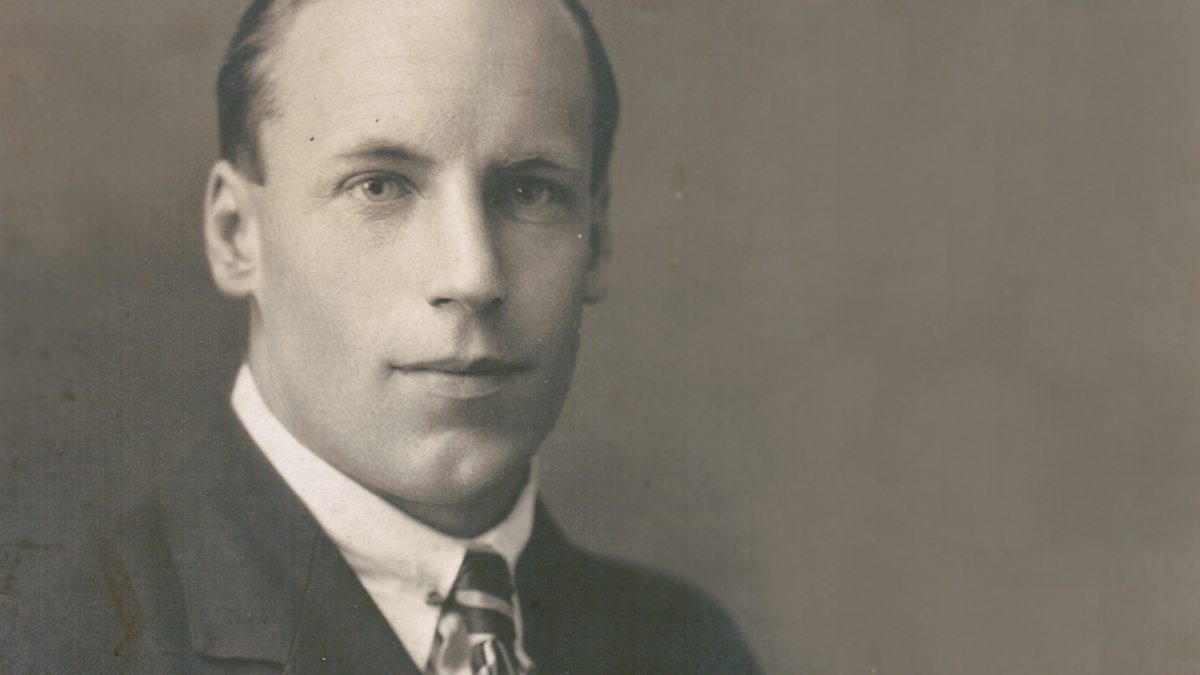 Erich Liddell, the son of missionaries to China and the subject of the movie Chariots of Fire, competed in the Paris Olympic games in 1924 in which he took the stand to not run in his best event because it was held on a Sunday. As a Christian he didn’t feel he could compete on a Sunday.

Following the Paris games, Liddell returned to Northern China to serve as a missionary, like his parents, from 1925 to 1943 – first in Tianjin and later in the town of Xiaozhang, Zaoqiang County, Hengshui, Hebei province, an extremely poor area that had suffered during the country’s civil wars and had become a particularly treacherous battleground with the invading Japanese.

During his time in China as a missionary, Liddell continued to compete sporadically, including wins over members of the 1928 French and Japanese Olympic teams in the 200- and 400-metre races at the South Manchurian Railway celebrations in China in 1928 and a victory at the 1930 North China championship. He returned to Scotland only twice, in 1932 and again in 1939. On one occasion he was asked if he ever regretted his decision to leave behind the fame and glory of athletics. Liddell responded, “It’s natural for a chap to think over all that sometimes, but I’m glad I’m at the work I’m engaged in now. A fellow’s life counts for far more at this than the other.”

Liddell’s first job as a missionary was as a teacher at an Anglo-Chinese College (grades 1–12) for wealthy Chinese students. While he is best known for athletics, his true passion was found in his missionary work. It was believed that by teaching the children of the wealthy, they would become influential figures in China and promote Christian values. Liddell used his athletic experience to train boys in a number of different sports.

One of his many responsibilities was that of superintendent of the Sunday school at Union Church where his father was the pastor. Liddell lived at 38 Chongqing Dao (formerly known as Cambridge Road) in Tianjin, where a plaque commemorates his residence. He also helped build the Minyuan Stadium in Tianjin. He suggested that it be copied exactly from Chelsea‘s football ground, where he had competed and was said to be his favourite running venue.

During his first furlough from missionary work in 1932, he was ordained a minister of religion. On his return to China he married Florence Mackenzie of Canadian missionary parentage in Tianjin in 1934. Liddell courted his future wife by taking her for lunch to the famous Kiesling restaurant, which is still open in Tianjin. The couple had three daughters, Patricia, Heather and Maureen, the last of whom he would not live to see. The school where Liddell taught is still in use today. One of his daughters visited Tianjin in 1991 and presented the headmaster of the school with one of the medals that Liddell had won for athletics.

In 1941 life in China had become so dangerous because of Japanese aggression that the British government advised British nationals to leave. Florence (who was pregnant with Maureen) and the children left for Canada to stay with her family when Liddell accepted a position at a rural mission station in Xiaozhang, which served the poor. He joined his brother, Rob, who was a doctor there. The station was severely short of help and the missionaries there were exhausted. A constant stream of locals came at all hours for medical treatment. Liddell arrived at the station in time to relieve his brother, who was ill and needing to go on furlough. Liddell suffered many hardships himself at the mission.

As fighting between the Chinese Eighth Route Army and invading Japanese reached Xiaozhang, the Japanese took over the mission station and Liddell returned to Tianjin. In 1943, he was interned at the Weihsien Internment Camp (in the modern city of Weifang) with the members of the China Inland Mission, Chefoo School (in the city now known as Yantai), and many others. Liddell became a leader and organiser at the camp, but food, medicine and other supplies were scarce. There were many cliques in the camp and when some rich businessmen managed to smuggle in some eggs, Liddell shamed them into sharing them. While fellow missionaries formed cliques, moralised and acted selfishly, Liddell busied himself by helping the elderly, teaching Bible classes at the camp school, arranging games, and teaching science to the children, who referred to him as Uncle Eric.

It was also claimed that one Sunday Liddell refereed a hockey match to stop fighting amongst the players, as he was trusted not to take sides. One of his fellow internees, Norman Cliff, later wrote a book about his experiences in the camp called “The Courtyard of the Happy Way” which detailed the remarkable characters in the camp. Cliff described Liddell as “the finest Christian gentleman it has been my pleasure to meet. In all the time in the camp, I never heard him say a bad word about anybody”.

Langdon Gilkey, who also survived the camp and became a prominent theologian in his native America, said of Liddell: “Often in an evening I would see him bent over a chessboard or a model boat, or directing some sort of square dance – absorbed, weary and interested, pouring all of himself into this effort to capture the imagination of these penned-up youths. He was overflowing with good humour and love for life, and with enthusiasm and charm. It is rare indeed that a person has the good fortune to meet a saint, but he came as close to it as anyone I have ever known.”

In his last letter to his wife, written on the day he died, Liddell wrote of suffering a nervous breakdown due to overwork. He had an inoperable brain tumour; overwork and malnourishment may have hastened his death. Liddell died on 21 February 1945, five months before liberation. Langdon Gilkey later wrote, “The entire camp, especially its youth, was stunned for days, so great was the vacuum that Eric’s death had left.” According to a fellow missionary, Liddell’s last words were, “It’s complete surrender”, in reference to how he had given his life to God. A beautiful tribute to Erich Liddell can be seen on YouTube at https://www.youtube.com/watch?v=uwyltmUR3MU