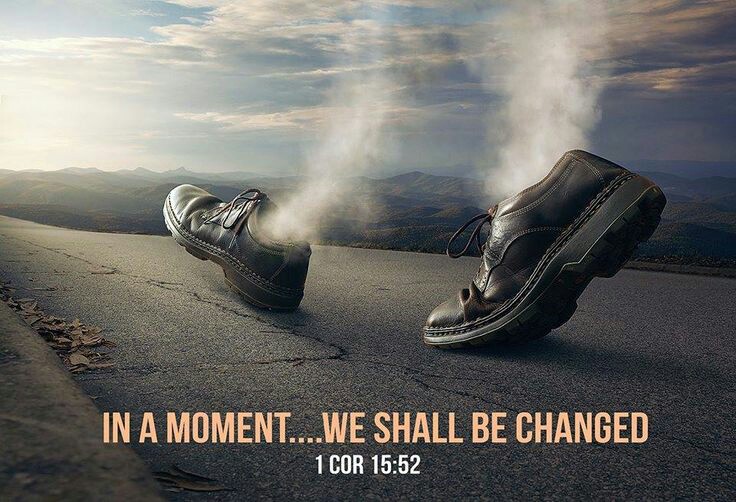 Is the rapture found in the bible?

The word “rapture” is not found in the bible anywhere, but the supernatural event which the word depicts most certainly is. The word “rapture” is an adjective that describes an event where a person or many people are “caught up” or “snatched away” in an instant of time. Rapture is well understood in Christian theology to mean that the person raptured has been materially translated from earth to Heaven without undergoing the process of physical death.

In 1 Corinthians 15:52 the Apostle Paul makes the following statement regarding this event known as the rapture of the church:

“In a moment, in the twinkling of an eye, at the last trump: for the trumpet shall sound, and the dead shall be raised incorruptible, and we shall be changed”

Examples of rapture in the Old Testament

Within the Old Testament there are accounts of at least two people being raptured. The very first person to experiencing rapture, or translation from earth to Heaven was Enoch. The scriptural account of the rapture of Enoch is found in Genesis 5:18-24

And Jared lived an hundred sixty and two years, and he begat Enoch:

And Jared lived after he begat Enoch eight hundred years, and begat sons and daughters:

And all the days of Jared were nine hundred sixty and two years: and he died.

And Enoch lived sixty and five years, and begat Methuselah:

And Enoch walked with God after he begat Methuselah three hundred years, and begat sons and daughters:

And all the days of Enoch were three hundred sixty and five years:

And Enoch walked with God: and he was not; for God took him.

Enoch was simply caught up or translated, in his physical body, from his abode on earth right into Heaven.

The second person to be raptured is Elijah. He was caught up into Heaven in a fiery chariot right in front of Elisha, his successor as the Prophet of Israel. The biblical account is found in II Kings 2:5-11

And the sons of the prophets that were at Jericho came to Elisha, and said unto him, Knowest thou that the Lord will take away thy master from thy head today? And he answered, Yea, I know it; hold ye your peace. And Elijah said unto him, Tarry, I pray thee, here; for the Lord hath sent me to Jordan. And he said, As the Lord liveth, and as thy soul liveth, I will not leave thee. And they two went on.

And fifty men of the sons of the prophets went and stood to view afar off: and they two stood by Jordan. And Elijah took his mantle, and wrapped it together, and smote the waters, and they were divided hither and thither, so that they two went over on dry ground.

And it came to pass, when they were gone over, that Elijah said unto Elisha, Ask what I shall do for thee, before I be taken away from thee. And Elisha said, I pray thee, let a double portion of thy spirit be upon me. And he said, Thou hast asked a hard thing: nevertheless, if thou see me when I am taken from thee, it shall be so unto thee; but if not, it shall not be so.

And it came to pass, as they still went on, and talked, that, behold, there appeared a chariot of fire, and horses of fire, and parted them both asunder; and Elijah went up by a whirlwind into heaven.

Examples of rapture in the New Testament

Within the New Testament, as in the old, there are accounts of at least two people being raptured, those being Paul and John. Whether or not the rapture they experienced was bodily translation is not clear, but let the scripture speak for itself. The account of Paul’s rapture is recoded in II Corinthians 12:1-4 where Paul is speaking about himself:

It is not expedient for me doubtless to glory. I will come to visions and revelations of the Lord.

And I knew such a man, (whether in the body, or out of the body, I cannot tell: God knoweth;)

How that he was caught up into paradise, and heard unspeakable words, which it is not lawful for a man to utter.

That Paul was translated into Heaven is not in dispute and is biblically unimpeachable. What is not clear, even to Paul, was whether he was in Heaven in his body or in spirit. Regardless, his experience is a stunning example of rapture consistent with the Old Testament examples.

John’s experience had similarities, but also key differences. The account of John being raptured into Heaven is found in Revelation 4:1-2

After this I looked, and, behold, a door was opened in heaven: and the first voice which I heard was as it were of a trumpet talking with me; which said, Come up hither, and I will shew thee things which must be hereafter.

And immediately I was in the spirit: and, behold, a throne was set in heaven, and one sat on the throne.

John’s experience on the Isle of Patmos, to where he had been exiled, is a perfect picture of the rapture of the church, the church meaning the company of believers in Jesus Christ as Lord and Saviour. This event has been prophesied by Paul in I Corinthians 15.52 and again in I Thessalonians 4:13-18.

But I would not have you to be ignorant, brethren, concerning them which are asleep, that ye sorrow not, even as others which have no hope. For if we believe that Jesus died and rose again, even so them also which sleep in Jesus will God bring with him. For this we say unto you by the word of the Lord, that we which are alive and remain unto the coming of the Lord shall not prevent them which are asleep. For the Lord himself shall descend from heaven with a shout, with the voice of the archangel, and with the trump of God: and the dead in Christ shall rise first: Then we which are alive and remain shall be caught up together with them in the clouds, to meet the Lord in the air: and so shall we ever be with the Lord. Wherefore comfort one another with these words.

These words are indeed a comfort to those of us who have a personal relationship with Jesus Christ, but to those outside the household of faith, a dire warning which demands to be heeded. In the meantime, those who love Christ and love His appearing are looking for that blessed hope and the appearing of Jesus Christ, our God and Saviour.

Even so, come Lord Jesus! Are you ready for the rapture?