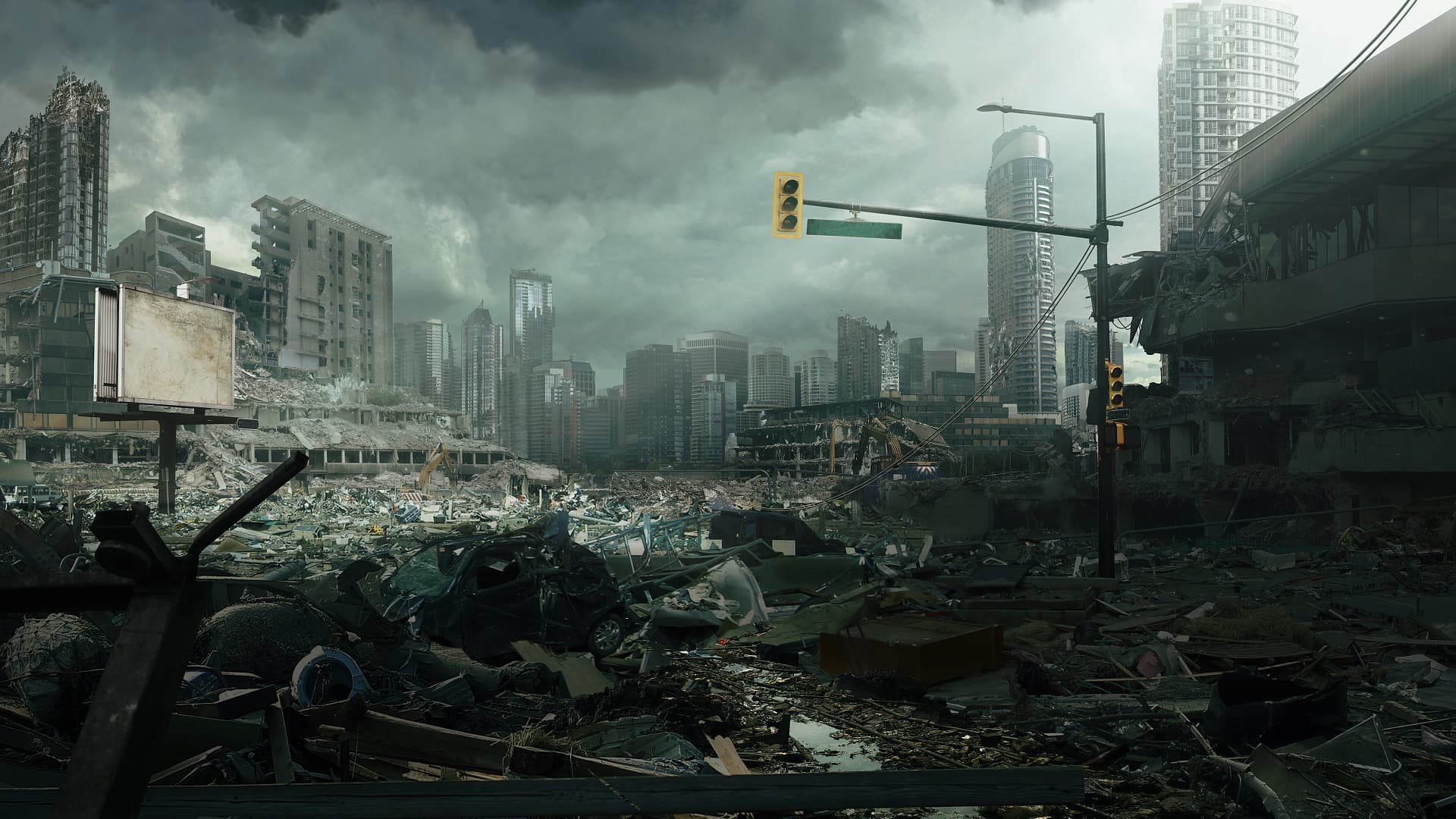 Ever wondered what the end times events spoken of in the book of Revelation will look like, what order they will occur in or who these strange characters that are involved are? The scriptures which relate to the apocalypse can be confusing and difficult to understand if read in isolation and aside from the multitude of connecting prophecies from the old testament. As an overview to help you understand what the second coming of Christ will look like, here is an excellent summary by Charles McCraken:

A mere seven years after his meteoric rise to power, the Antichrist will have ruined the planet. Those taking his mark of allegiance will be covered in “foul and loathsome” sores (Rev. 16:2). The globe’s water supply will have turned to blood (vv. 3–4). Intensified solar activity will fry the earth’s surface (vv. 8–9). Inexplicable darkness will cover the planet (v. 10). And a series of earthquakes, along with 100-pound hailstones, will level Earth’s landscape, leaving a rubble-strewn panorama of devastation (vv. 20–21).

Although god-like status will be accorded the Antichrist (the Beast), he will have no control over the cataclysmic events systematically pounding his kingdom; and he will be defeated easily and instantly by the Lord Jesus Christ at what is called the “battle” of Armageddon.

Under the pretense of dealing with “the Jewish problem” once and for all, the Antichrist’s armies will converge on the nation of Israel (Zech. 14:2–3). This force, however, will go well beyond the strength needed to eliminate the Jewish faithful holed up in Jerusalem. It will, in fact, be a “worldwide fighting force allied with the beast for a great battle.”  In a literal fulfillment of Psalm 2, the Antichrist and armies of the world will audaciously gather “against the Lᴏʀᴅ and against His Anointed” (Ps. 2:2). Believing they can pull off the most phenomenal victory the planet has ever seen, they will assemble to prevent the Messiah’s return to rule the world.

To God, however, all the military might on Earth is inconsequential. When challenged by rebellious humanity, He laughs and holds them “in derision” (v. 4).

While the armies terrorize Jerusalem and gather on the staging ground of the Jezreel Valley, the heavens will break open to reveal the Messiah on a white horse followed by the “armies in heaven, clothed in fine linen, white and clean” (Rev. 19:14). Wrote Bible scholar John F. Walvoord: “Christ’s return will be a spectacular and majestic procession…that will take many hours. During this period, the movement of the procession and the earth’s continued rotation will permit the entire world to witness the event.”

As the procession nears the planet, an angel will appear, silhouetted against the sun, inviting the birds to the “supper of the great God” (v. 17). The apostle John described Christ’s return: “Now out of His mouth goes a sharp sword, that with it He should strike the nations” (v. 15). This sword is symbolic of His Word, which is “not a life-less sound, but an active agent.”3 The Word of Jesus Christ brought all things into existence and will bring the military power arrayed against Him to nothing (Col. 1:17; Rev. 19:21).

Like the flashing precision of a laser, the Word of the returning Messiah will instantaneously destroy the rebel Gentile nations gathered against Him. One moment Antichrist’s multinational army will stand poised and arrogant behind its sophisticated weaponry; and an instant later, multiplied millions of lifeless corpses will litter the battlefield of Armageddon. The staggering victory the Antichrist envisioned will turn into a grotesque feast for the birds.

Rather than being hailed as the planet’s liberator, he and his False Prophet will be summarily plucked up and tossed “alive into the lake of fire burning with brimstone” (Rev. 19:20). And so will end humanity’s ultimate expression of rebellion against God prior to the establishment of the 1,000-year Messianic Kingdom.