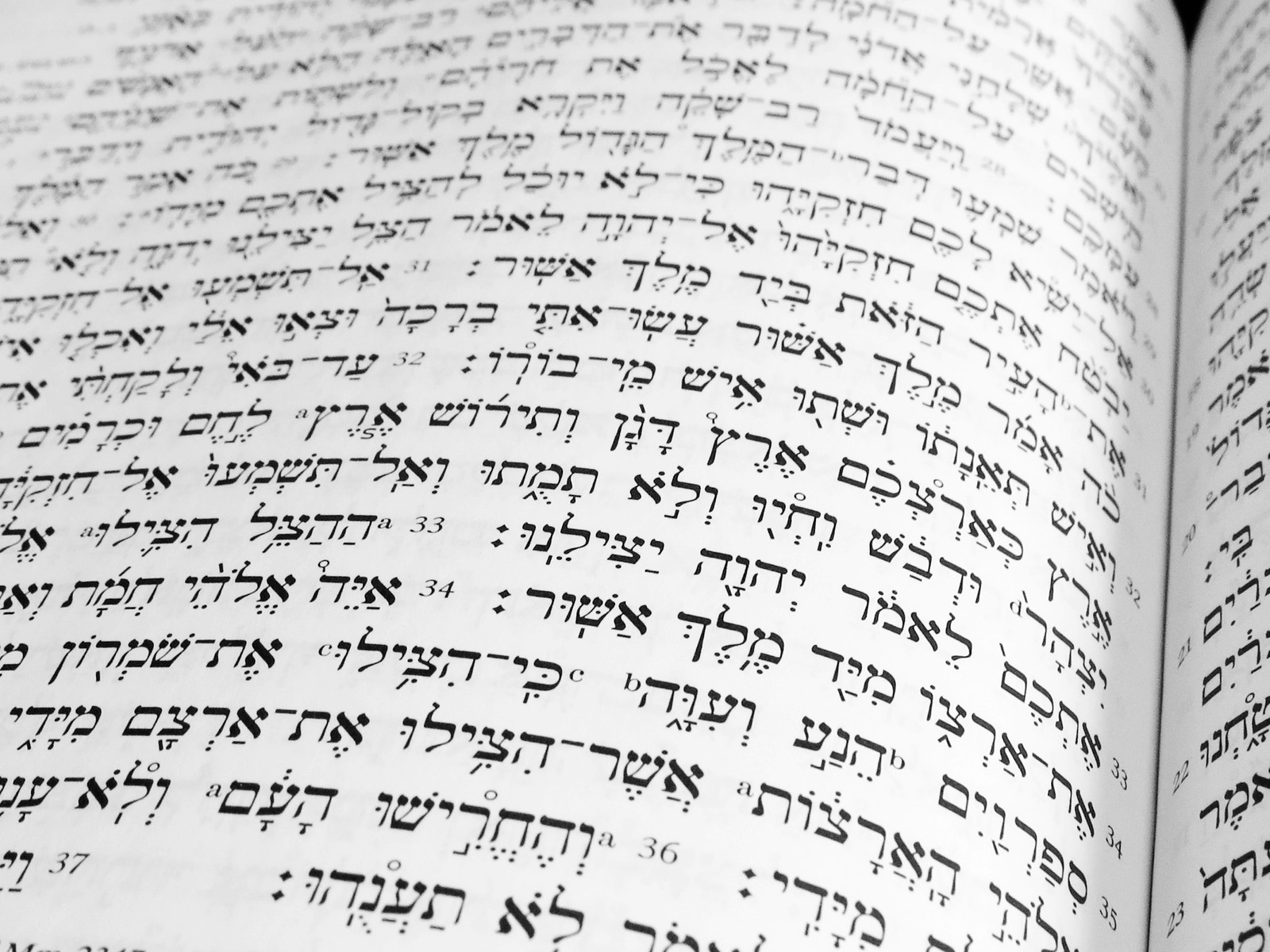 This post is directly from a handout from Ariel Ministries, a Messianic Jewish ministry.

There are two passages in the Hebrew Scriptures that make reference to the Son of God. The first passage is Psalm 2; the second is Proverbs 30:4.

Psalm 2 deals primarily with Jehovah’s Anointed One: King Messiah. The 12 verses of the Psalm read as follows:

1 Why do the nations [Gentiles] rage,
And the peoples meditate a vain thing?
2 The kings of the earth set themselves,
And the rulers take counsel together,
Against Jehovah, and against his anointed
[Messiah], saying,
3 Let us break their bonds asunder,
And cast away their cords from us.
4 He that sits in the heavens will laugh:
The Lord will have them in derision.
5 Then will he speak unto them in his wrath,
And vex them in his sore displeasure:
6 Yet I have set my king
Upon my holy hill of Zion.
7 I will tell of the decree:
Jehovah said unto me, You are my son;
This day have I begotten you.
8 Ask of me, and I will give you the nations for
your inheritance,
And the uttermost parts of the earth for your possession. 9 You shall break them with a rod of iron;

You shall dash them in pieces like a potter’s vessel. 10 Now therefore be wise, O ye kings:
Be instructed, ye judges of the earth.
11 Serve Jehovah with fear,

And rejoice with trembling.
12 Kiss the son, lest he be angry,
and ye perish in the way,
For his wrath will soon be kindled. Blessed are all they that take refuge in him.

Concerning this Psalm, the medieval French biblical commentator Rashi admits, “Our rabbis expound it as relating to King Messiah.” Although the majority of rabbis in earlier years also explained this Psalm as referring to King Messiah, many rabbis today would say it refers to David rather than his descendant, the Messiah. The words of the Psalm and the record of the Bible would exclude David as a possibility altogether.

In this passage, God tells the person to whom He is speaking that He is turning over the dominion and the authority of the whole world to Him (v. 8). History makes it very clear that David never had that dominion, nor was he ever able to exercise such authority. Hence, David must be excluded. Thus, the early rabbis were correct in interpreting this Psalm to speak of the Messiah who, in this Psalm, is referred to as the Son of God (vv. 7 and 12). This Messiah, who is to be king in Jerusalem and over the whole world, is also, uniquely, the Son of God.

Also in this same Psalm, God warns that all must submit to the Son of God, the Messiah. Those who refuse will be punished. Those, however, who take refuge in King Messiah—that is, place their faith and trust in Him for their salvation—will receive new life.

The second passage comes from the wise King Solomon who compiled the book of Proverbs. In Proverbs 30:4, we have a series of six questions.

Solomon doesn’t answer the questions, indicating that the answer is obvious: Only one person could possibly do all those things—God Himself (see Job 38:4-11 and Is. 40:12).

knows how to pronounce His name anymore because, throughout the centuries, we feared to take God’s name in vain and the pronunciation has been forgotten. It is the name for which we substitute the word Adonai. In English, we sometimes translate it as Jehovah. So, it is God, the Great I AM, who did all these things.

Now, let’s go on to the sixth question, which is found in the very same verse: What is his son’s name, if you know?

Notice how Solomon is posing the sixth question. First, there were four questions asking who did all these great things. The answer was: God did all those things. The fifth question was: “What is God’s name?” The answer: YHVH, the Great I AM. Then Solomon poses a question, that, at this stage of biblical history, would be impossible to answer. That is why he adds the phrase, “if you know,” to the sixth question. The question is: What is his son’s name, if you know? The obvious meaning here is that this God, the Great I AM, has a Son!

Solomon did not know the name of God’s Son because it was not as yet revealed. This was not an unusual approach in the Scriptures. For instance, the people living during the time of the book of Genesis knew that there was a God, but they did not know His name. He revealed it first to Moses in the book of Exodus in chapter 3:14-15 and again in chapter 6:2-3. By the same token, no one knew the name of the Son of God throughout the time recorded in the Hebrew Scriptures, but they did know that God had a Son, for both David and Solomon spoke of Him.

The Hebrew Scriptures do indeed reveal that God has a Son. This Son is King Messiah who will reign from Jerusalem over all the earth.